We have released an updated version, 0.4.14.1, which fixes the following bugs 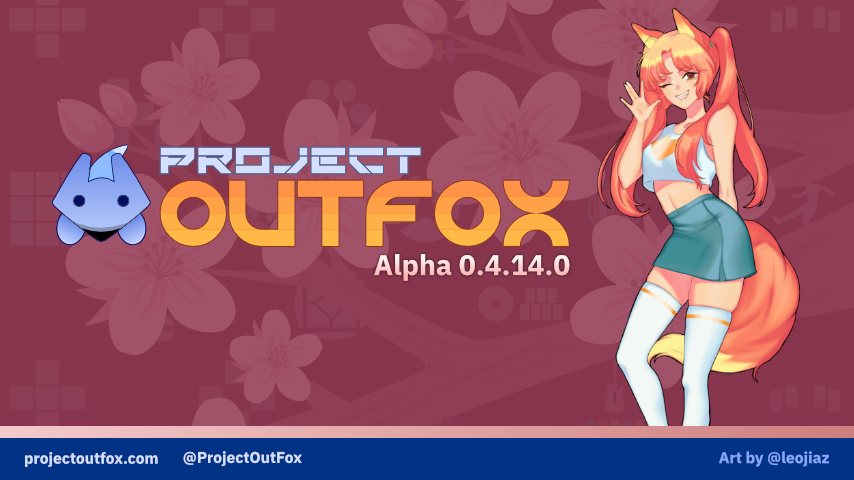 Spring is here, and so is the next Project OutFox alpha build, 0.4.14! This build has a variety of fixes across the engine and many of our game types. Before we go any further, there is a major change that we need to acknowledge:

To comply with requirements needed for us to deliver signed builds on Windows, and to make things more concise, we have changed our versioning scheme to drop the "5.3" prefix. We have adopted a x.y.z scheme derived from our existing versioning scheme for alpha builds, meaning that this build is known as 0.4.14, rather than 5.3 Alpha 4.14.0.

This was one of the last things we needed to address in order to pass validation, so signed Windows binaries will be available this summer!

To go along with this change, we have also changed the default locations for user data when Portable Mode is disabled. They are now located at:

If you have an existing .outfox-5.3 (Linux) or OutFox 5.3 (macOS and Windows) directory, all you need to do is rename it, and the game will pick it up as normal.

Themes or systems which check for "StepMania" as the ProductFamily variable may need to be updated to account for these changes. We have reached out to the developers of the Simply Love theme to inform them of our changes, and they have let us know that the theme will be updated in due course. In the meantime, the GitHub page for 0.4.14 has patches for the theme's version detection mechanism, and to address a change in how we calculate when a song ends. 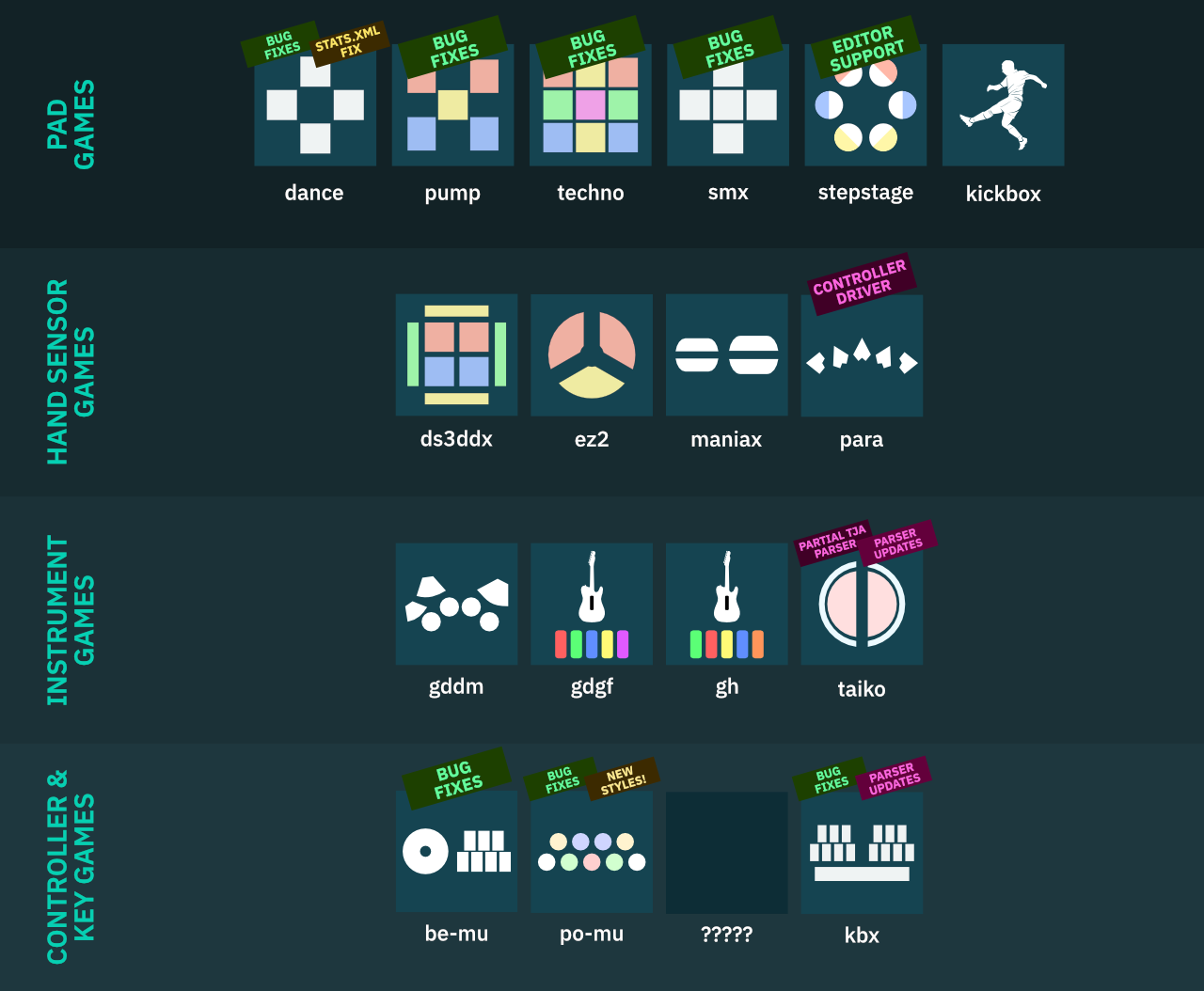 Some of the major highlights in this build include:

We have rewritten and optimized the SSC chart parser, including fixing a notedata memory leak, and crashes when parsing large numbers of files. We have also fixed a few bugs relating to how we parse song lengths.

We've fixed an issue with missing legacy high scores from Stats.xml, fixed the logic for the RequireStepOnMines metric in dance and smx, and fixed the DDR timing, as well as the ITG timing windows and scoring, in the LuaTimings and LuaScoring modules.

We have also added a new type of speed mod, ConstAverage (CA)

We have added additional styles to kbx, taking it all the way to a maximum of 19 keys. LiftHolds have also been made less harsh.

We have finished the OTO parser: it can read everything, including SV (scroll gimmicks), and multiple charts in one folder, though holds/balloon notes are still shown as single notes at the moment. We also have a TJA parser for taiko, and have adjusted the hitsounds on the noteskins to be less laggy and more accurate.

There are a number of bug fixes specific to the handling of song lengths in pump.

Following an overwhelming demand from the community, we have rewritten the old legacy Para Para Paradise PS2 controller driver to work on all platforms Project OutFox supports.

To enable it, add para to the InputDrivers entry in Save/Preferences.ini; the controller must be plugged in before you start the game. On M1-based Macs, it is recommended that you use a USB-C hub that has built-in USB 2.0 ports for the best compatibility with older hardware.

We have fixed po-mu's parsing of three-button charts, and also added a new pomu-nine-double (18-button) style, including native parsing of such charts from BME/PMS files.

Improvements continue to be made to the editor including:

Earlier this week we announced the songs that will be featured in Serenity Volume II. Submissions for charts and song artwork officially open on March 27, 2022; see the linked news post for more information.

This is just a recap of the major, user-facing features and technical changes. You can read the full changelog on the Alpha 4.14.0 page on outfox.wiki.