We have released our next alpha build of Project OutFox, version 0.4.15! This build has a variety of fixes across the engine and many of our game types, with one mode in particular -- pump -- having a lion's share of fixes and improvements, and one game type featuring a brand new style. 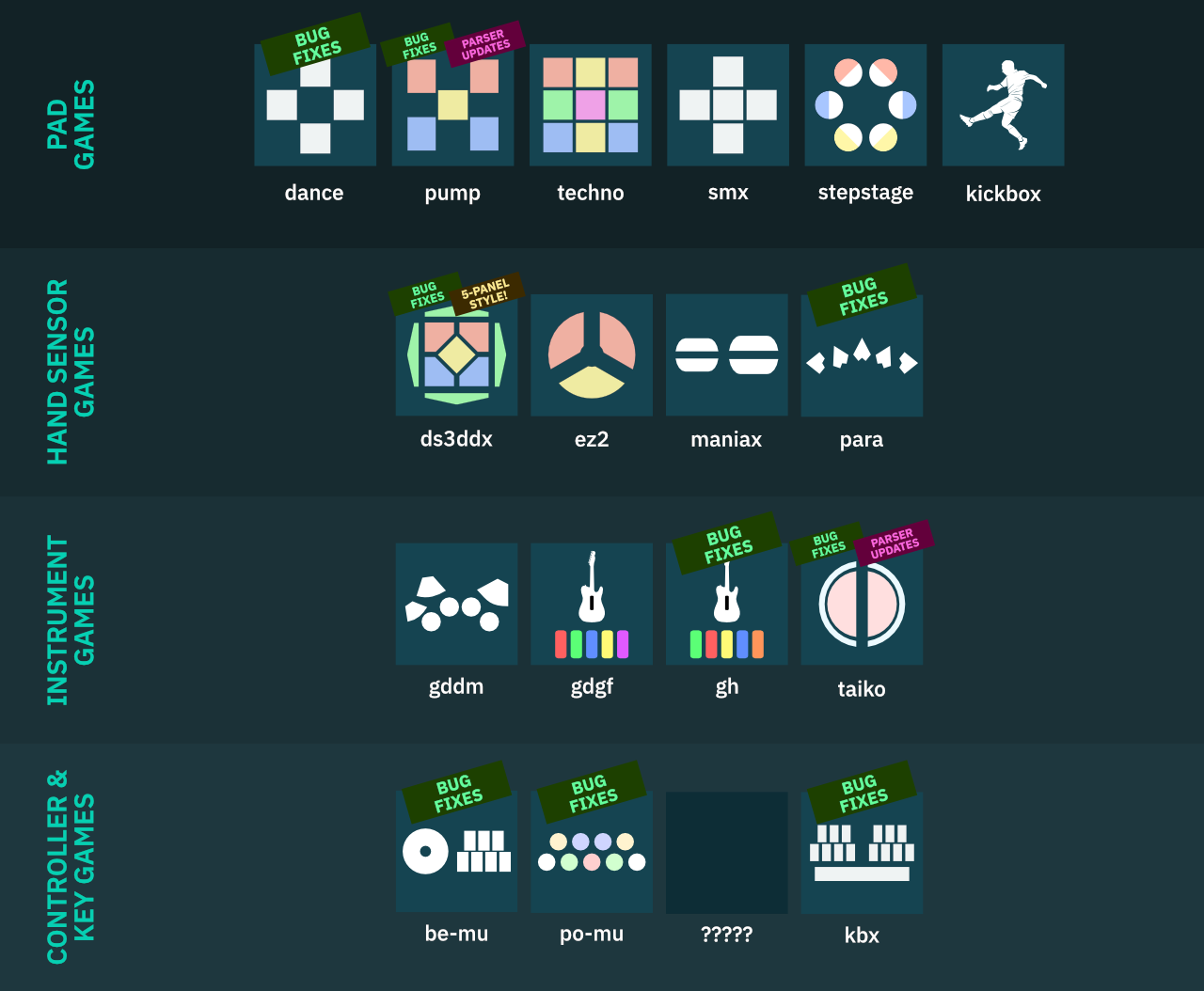 The pump mode has a plethora of updates and fixes in this build; we have been working a lot in the background for this mode, but it required a lot of other things to be implemented beforehand, so it has taken a bit longer than planned to get this stuff off the ground.

For a better gameplay experience, we also recommend downloading the Infinitesimal theme, which provides a user experience faithful to the arcade games using original assets. Infinitesimal will also be the pump theme for Alpha V.

We had reports of the game being very unhappy with a lot of the earlier community charts from the BMS of Fighters series, and charts mainly created before 2009, so we have fixed a few of these not being parsed correctly.

We also have restored the 4K “DDR in BMS" chart support that Squirrel accidentally broke when adjusting the channel support. This has now been fixed and those simfile are recognised as dance charts once again.

There were also several crashes with the versus modes of po-mu and be-mu as well and these have been fixed as well, so 2 player works as intended.

The upstream ds3ddx code from StepMania simulates the earlier iterations of 3DDX arcade games, which had four diagonal foot panels and four hand sensors in the cardinal directions. However, a newer Chinese dance game based on its gameplay, Dance Master Super Station (also known as E5 Online) added a fifth, center foot panel, making its gameplay closer-resemble Pump it Up. With this addition, we now simulate both generations of this "franchise".

Similarly to kbx mode, the smart autogen system can import pump charts for play in this style, populating the foot panel columns.

We have had a few requests to reimagine the MIDI drivers for those with DJ controllers or systems which use channels but send the same notes. The MIDI standard states a controller should be able to do this with the client application supporting the note/channel sent data, so we have changed the way this is done to ensure we are compliant. Crossfaders and rotary controls, as well as some pitch bend triggers do have some weird quirks at the moment, but as we don’t have any modes that support these at the moment do not try to map them as a control.

We added up/down jog wheel support for those who play be-mu on MIDI, so this works as designed now for everyone using midi for their jogs.

This is just a recap of the major, user-facing features and technical changes. You can read the full changelog on the Alpha 4.15.1 page on outfox.wiki.