We have released our next alpha build of Project OutFox, version 0.4.16! As we have begun testing of alpha builds based on the upcoming 0.5.x branch, we are shifting the 0.4.x branch to long-term support status. This means that future changes will be limited to bug and performance fixes, and all new feature development will target the 0.5.x branch. 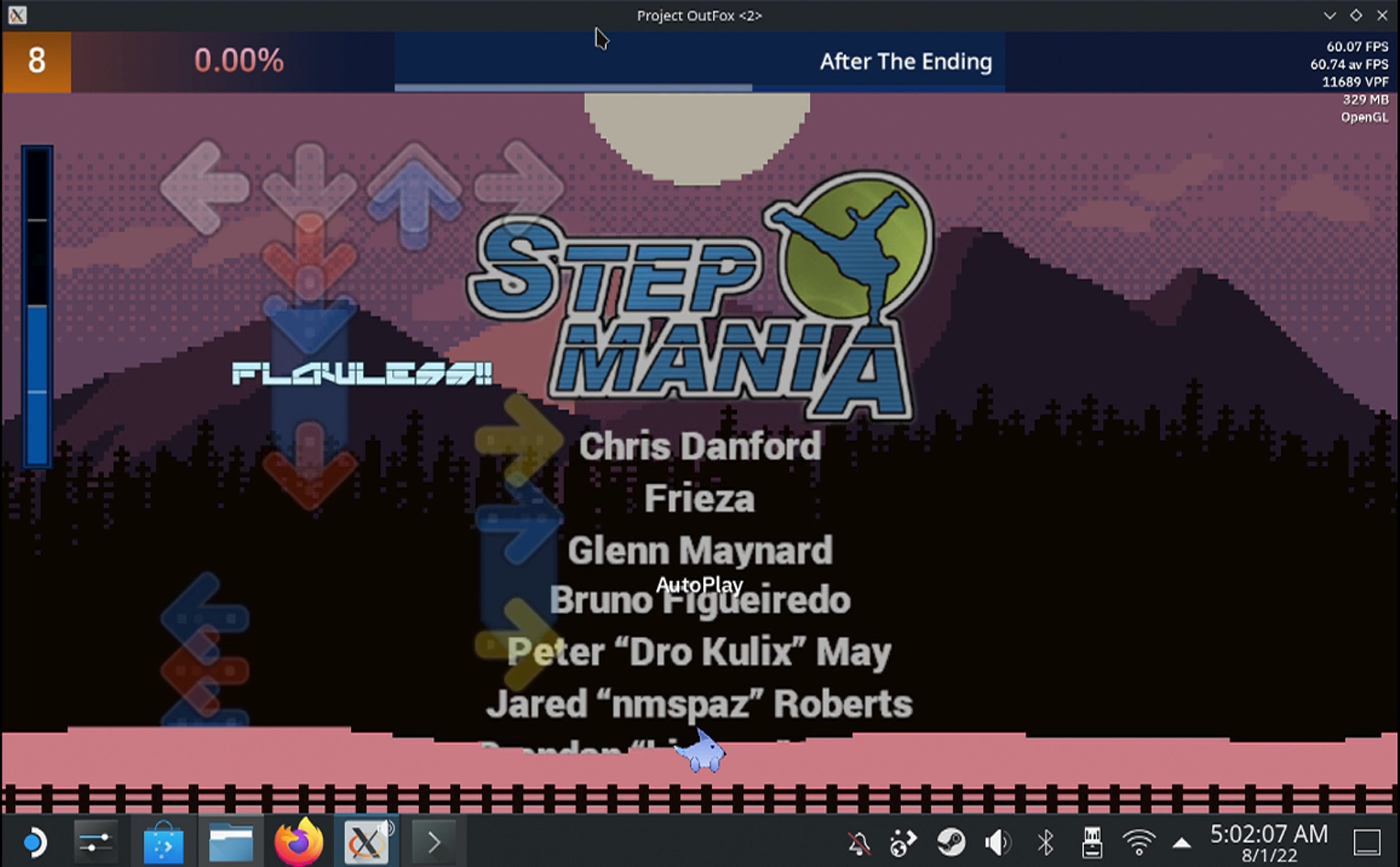 In be-mu, we have stabilised the way keysounds are loaded, and have fixed hidden 'lanes' that the mode supported that were not played. The parsing system has also seen another update, moving away from the legacy SM5 method and now properly defining and enabling all the lanes.

StepMania could only mainly play a number of sounds related to the number of columns (lanes), and as the BMS reader was created for the historic "DDR in BMS" style charts, we had a lot of work to do to ensure proper expansion. These fixes enable the full keysound range, and properly displays and parses charts as it should. 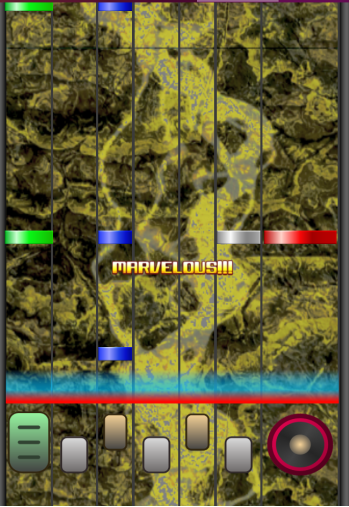 In addition, we have added support for footpedal lanes on 5-key charts, which were popular in older simulators like nanasi. It heavily utilises channel 17, which some simulators double up as 'free scratch', but for ez2 fans, we wanted to keep it as close to what nanasi and others did back in the day.

po-mu mode now also supports Player 1 11-19 channel modes, featured in nanasi and some other simulators from the early 2010s. This is sometimes known as "extended pomu". It can also play back the correct keysounds, including the player hidden, and any effect channels that can be used.

Charts which did not use all the lanes for their mode, (7k o2j inspired lanes without scratch are an example) would often also not show up correctly, or be shifted by an entire column, or just parsed incorrectly. This has been fixed in this release, so 5K / 7K / 10K / 14K (no scratch) charts now read correctly. Thanks to Daniel and our friends at the BMS international community for reporting this to us.

po-mu in BME files have also been given a proper update, and we have fixed the lane errors that were reported to us, thanks to those of you that took the time to point out our extended channels were wrong!

We are happy now that the po-mu parser and the extender parser support matches what we aimed for in this mode, so we will finalise the notesloader with #RANK and #TOTAL support in Alpha V, which has the new lifebar and gauge code. Keep an eye out for the update!

Thanks to all of our pump mode players that have been so patient while we work on getting the mode fixed up and right for you, I can appreciate you have been waiting for a long time for some of these issues to be resolved. We have fixed a few of the remaining timing issues and we hope these solve the weird gimmick issues we had before.

Thanks to shrmp0 and SheepyChris for helping us with the layout adjustments and column placement changes that are present in the engine this build; we should not expect themers to fix issues the engine really should have in built. A healthy engine makes a lightweight and fast theme.

We will continue working on this mode into the end of the year, so we hope you'll enjoy the fixes as they come!

This is just a recap of the major, user-facing features and technical changes. You can read the full changelog on the Alpha 4.16.0 page on outfox.wiki.